Many stories are centred around a man’s quest to search for some philosophical truth about our existence. Few stories, however, are as compelling as “The Bee-man of Orn” (by Candlewick Press: 2003) with its amazing characters, magnificent settings and the most unusual journey of self-discovery.

The story of the Bee-man was written more than 100 years ago by the American writer Frank Stockton (1854 – 1902), the edition reviewed here is illustrated by a renowned contemporary Irish illustrator P.J. Lynch. This metaphorical fable can be read to younger kids but is also an enlightening read for young adults searching for their sense of self, their place and purpose in life. “The Bee-man of Orn” is a home library essential which defies the age-appropriate categorisation.

The Bee-man was a poor old man – untidy, shriveled and sun-burnt. His only company and friends were his bees which had nestled everywhere around his small hut, including the pockets of his old leather doublet. The Bee-man was contented with his life, or so he thought, until the day he encountered a well-wishing Junior Sorcerer. The Junior Sorcerer found the Bee-man to be an intriguing subject to study and endeavoured to understand “exactly why the old Bee-man did not happen to be something that he was not, and why he was what he happened to be.” A question, which I must confess, I have never pondered till now.

The junior magician’s learned verdict declared that the Bee-man has been magically transformed from his original form, and if the old man was able to find out what that form was he would be able to be restored to it. “Whatever I was, that shall I be again” decided the Bee-man, “It is not right for anyone to retain a form which does not properly belong to him.” So begun the old man’s quest in the search of his original form (a metaphor for destiny). A journey full of incredible challenges and a heroic deed later, the Bee-man succeeded with his mission. What was the Bee-man’s original form? (hint: it’s as much yours as it is his). What happened after the Bee-man got transferred back to his original form? What was the surprising teaching that arose for both the Bee-man and the Junior Sorcerer following this pilgrimage and eventual rebirth? Read the book to find out… 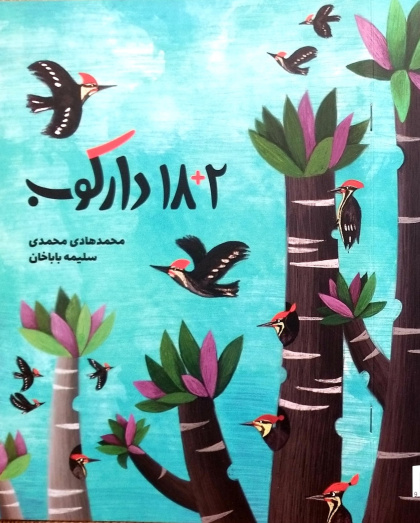 The author of this story Frank Stockton was the contemporary of Mark Twain. Unfortunately, he didn’t get much recognition in his lifetime, but the appreciation of his works has grown since and they are slowly being discovered for their uniquely elegant and eloquent style. His stories are engaging and devoid of moralising subtext while effortlessly and implicitly imparting meaningful wisdom to his readers.

P.J. Lynch’s illustrations create an almost cinematic experience. One gets immersed in the panoramic scenery. The birds-eye view vantage points offer uninterrupted views of landscapes, majestic mountains and forests receding into the horizon. Ancient town squares and village streets exude old-world charm whereas mountain caves full of magical beasts inspire awe and terror. P.J.’s ability to infuse his characters with such palpable emotions draws the reader in and admits you to experience their surprise, fear, rage or delight.

The book is accompanied by a DVD with a fabulous short film, in which P.J. Lynch demonstrates his creative process. He reads and re-reads the manuscript, selecting the passages that he thinks would make the best pictures, then draws little thumbnail sketches of those scenes and puts them into a layout of what he thinks the whole book should look like. Then the work begins on the larger detailed drawings to flesh out compositional decisions before the final watercolour and gouache paintings are created. The drawing process alone can take many days of sketching and re-sketching before the image starts to take shape. He sometimes uses himself or his family members as models for his characters. His wife and son were the models for the mother and baby saved by the Bee-man.

The film shows P.J. Lynch working on the illustration of a raging dragon, who has been blinded by the bees, and the mortified Bee-man who had just snatched the baby from under the dragon’s jaws.

P.J. talks about how it took quite a while to decide how the dragon should look. The drawing part took many days of sketching and re-sketching but after it had been completed he decided it was not dramatic enough. I must say it looked pretty dramatic to me. He then proceeded to redraw the dragon from a lower, more dynamic perspective which helps the viewer identify more with the Bee-Man’s predicament. And before too long the genius of that creative decision is apparent for all to see. Even this untrained eye. It’s this sort of perseverance, attention to detail and willingness to surrender to the creative process that makes P.J. Lynch such an accomplished artist and master storyteller.

Check out my reviews of other books by P.J. Lynch here.

Enjoy browsing the magnificently illustrated “The Bee-man of Orn”: