For young children the world over, Christmas is the most magical time of the year, as they ponder with wide-eyed wonderment the miracle of flying reindeers and a fat man in a red suit who comes down their chimney each year with a sack full of presents. And if they don’t have a chimney, what then? So many questions and so many head-scratching inklings about that which simply defies comprehension.

And with every innocent child there comes a time when their belief in the implausible is questioned by their own burgeoning cognisance, or challenged by that of an older sibling or friend who has worked it out already and just can’t wait to spill the beans.

It came such a time for 8-year-old Virginia O’Hanlon in 1897 when she wrote to The Sun Newspaper in New York with the question that all parents dread:

Dear Editor, I am 8 years old.
Some of my little friends say there is no Santa Claus.
Papa says, ‘If you see it in “The Sun” it’s so.’
Please tell me the truth; is there a Santa Claus?

The response from the editor was printed in “The Sun” on 21 September 1897 and has since become the most reprinted editorial in the English language, and to this day remains amongst the most famous pieces of journalism that ever existed. [1]

The newspaper’s response in “The Sun” was penned by Francis Pharcellus Church, a 58-year old journalist and New York Sun editor at the time. Today, over 120 years since it was written, it is as profound as it was back in 1897 when a delighted Virginia and her father read it in the newspaper.

Francis P. Church was the son of a Baptist minister. He worked as a Civil War correspondent for the “New York Times”, an editor of the Army and Navy Journal and eventually joined “The Sun”. He was married but had no children of his own and with little experience with children, he wasn’t initially keen to respond to Virginia’s letter. [1] Besides, for an authoritative newspaper like “The Sun”, the subject of her letter was seen as insignificant, to say the least. So it was with reluctance that he eventually decided to respond. Little did Church know at that time of the fame this article “of little consequence” would bring him.

Similarly to Francis P. Church, Virginia O’Hanlon became a celebrity in her own right with media following and reporting regularly throughout her life. Virginia had a comfortable upbringing in the care of her loving parents. Her father was a well-off surgeon and the value of literacy was held in high regard in the family. In a talk in 1933, Virginia reminisced about a habit her family cultivated concerning any question they had regarding historical facts, correct words, pronunciation or anything else perplexing. Whenever they were in doubt about anything, they would address their question to “The Sun”. Virginia’s father maintained that if you see it in “The Sun”, it’s so.

Grown-up Virginia was engaged in a lot of charitable causes, generously giving back to society, particularly during the tough years of the Great Depression in the 1930s. She ended up earning a masters degree and doctorate in education. She was a professor, worked as a teacher and became the Principal of a public school in Brooklyn. The school took some of their classes to hospitals and institutions caring for chronically ill children. Virginia O’Hanlon died in 1971, at 81 years old, the announcement about it made it to the front page of “New York Times”.

The original 1897 article was entitled “Is There a Santa Claus?” and has since become known as “Yes Virginia, There is a Santa Claus” which is a line from the editorial. It appeared as a small obscure article, nowhere near the front page of “The Sun” crammed between dozens of other tiny articles. No one at “The Sun” expected that within months numerous other newspapers all over America would reprint “Yes, Virginia” and that, using a modern-day term, it would go viral, spreading far and wide.

“The Sun” was dismissive of “Yes, Virginia’s” popularity at first and reluctant to embrace its success as it continued to be seen as insignificant. The newspaper eventually appreciated and embraced the magnitude of its fame. The Sun” wrote in 1913:

“So it has come about that probably no other editorial published in an American newspaper ever won for itself so extensive a circulation. Perhaps it is not too much to say that it must be classed with Lincoln’s Gettysburg address respecting the number of those who know its phrases and regard affectionately its sentiment and teachings.”

From 1917 onwards “The Sun” has reprinted “Yes Virginia” on its front page every year up until 1949, which was the last year of the newspaper’s existence. Its success continued, and in the 1950s a headline in the “New York Times” read “Yes, Virginia tells questioners today Santa Claus can exist even in the atomic age.”

The book is beautifully illustrated by Joel Spector who graduated from New York’s Fashion Institute of Technology. Primarily a fashion illustrator, his work has appeared in advertisements for Lord & Taylor, Estee Lauder, and Christian Dior menswear. Joel also illustrated the “Laurel” books in the children’s fantasy series, Stardust Classics. He has received awards from both the Society of Illustrators and the Pastel Society of America.

[1] The following interview podcast, informative and fascinating in its detail, was referred to in the post above and was the source of information about Virginia O’Hanlon, Francis P Church and the history of this editorial in The Sun: https://journalism-history.org/2019/12/16/holiday-podcast-yes-virginia-there-is-a-santa-claus/ 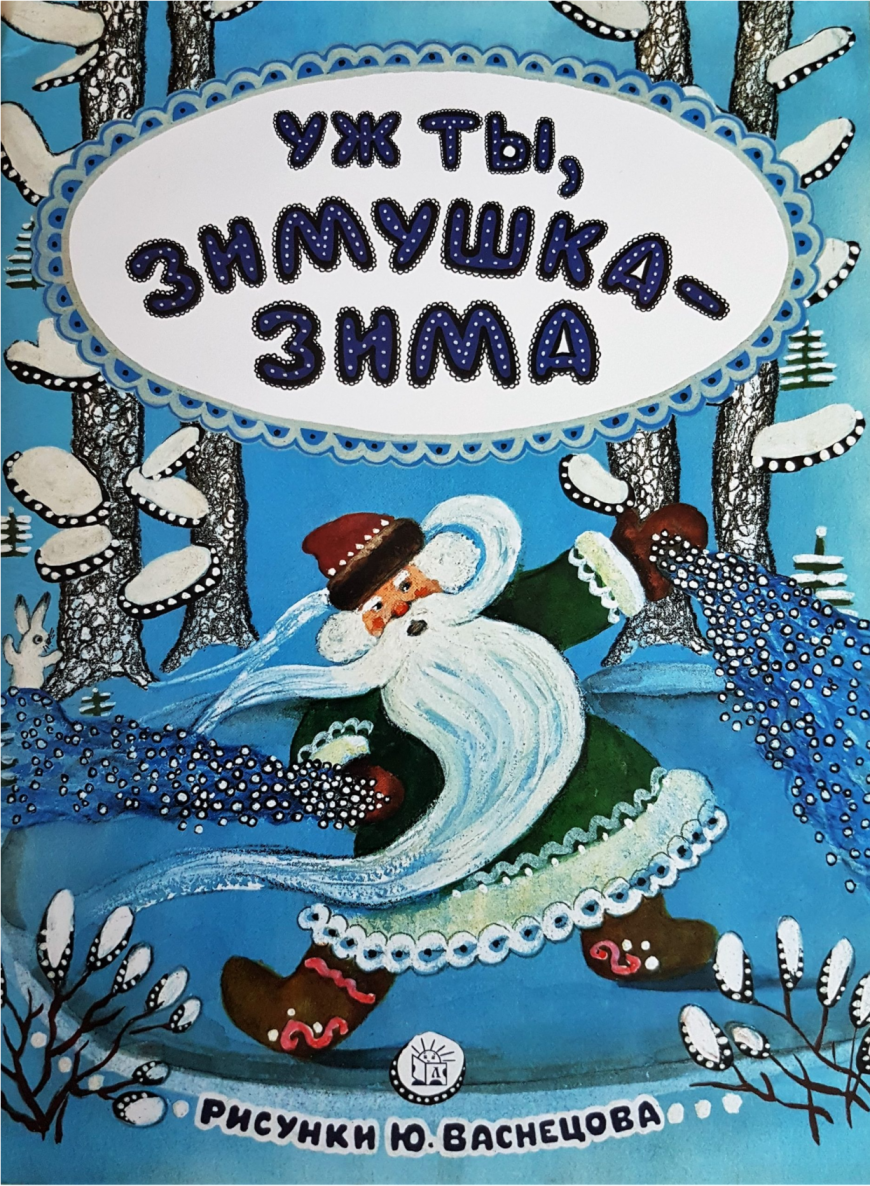 thank you for the enlightenment! I didn’t know about this book)
my children write letters to DeD Moroz!!!

I didn’t know anything about this fascinating true story before the book found its way into our Christmas books box. We used to write to Ded Moroz too :))